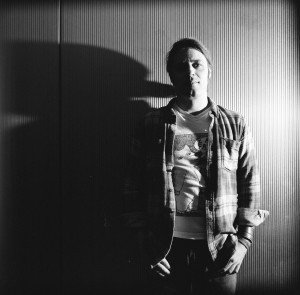 Silhouettes is Phillips’ first solo album in three years. Its songs are woven from candid lyrics, expansive vocals and experimental compositions. Anchoring the album are skilled guitar parts, sometimes delicate, other times rough. This is Phillips’ riskiest, most vulnerable album yet.

Phillips was born and raised in the foothills of Anchorage’s Chugach Mountains. In his younger years he scaled Denali as a mountain guide and spent the winters traveling through the Southwest desert, living out of the back of his pickup truck. At 27, battling a climbing injury that forever altered the course of his life, Phillips turned to music for inspiration and solace. He started the band The Whipsaws in 2002, and released his first solo album two years later.

As an artist, producer and collaborator, Phillips’ contribution to the Alaska music scene has spanned 15 years. His work with The Whipsaws and trio Easton Stagger Phillips has taken him across the United States and Europe. The Whipsaws’ 2008 album 60 Watt Avenue brought national success to the Anchorage band; Easton Stagger Phillips’ 2014 album Resolution Road was met with critical acclaim in the U.S. and abroad.

Created over the course of 5 years, Silhouettes represents a new energy for one of Alaska’s most enduring rockers. From the ethereal melodies of the album’s title track, to ambient instrumental “After School Special,” to folk duet lullaby “Guess I Was Just Young,” this album stretches the boundaries of rock and Americana genres.